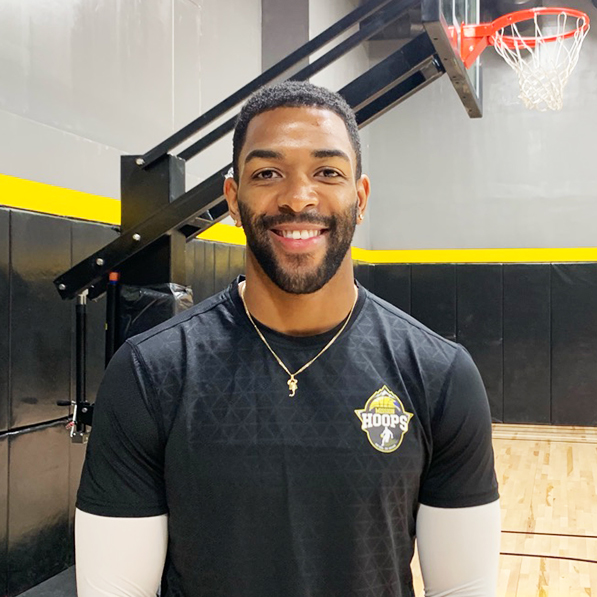 Tj Wallace is from Stockton, CA where he attended both Ceasar Chavez and Ronald Mcnair Highschool, before transferring to Modesto Christian to play his senior year. After high school, Tj decided to stay home in his own backyard by signing a full-ride athletic scholarship with University of the Pacific. During his four year tenure at UOP, he was WCC honorable mention for 3 years while also eclipsing the 1,000pts mark allowing him to finish 12th all-time in school history for total points scored. By the end of his career at UOP Tj had graduated with his Bachelor’s of Science in Business administration, with a focus in entrepreneurship.

Following college, TJ pursued his dream of playing professional basketball and a result was selected by Oklahoma City Thunder blue (g-league.) He eventually was cut as a result of an injury but managed to recover and played professionally this current season in Lithuania. He is currently back home nurturing a leg injury but has plans to further his professional career once healed.

Tj is the brother-in-law of head skills trainer, Jarred Jourdan. They met when Tj was only in 7th grade and since then Jarred has played a major role in Tj’s Player Development over the years. As Tj, continues to pursue his professional basketball career he’s excited to bring his energy, passion, and love for the game of basketball to Mission Hoops.