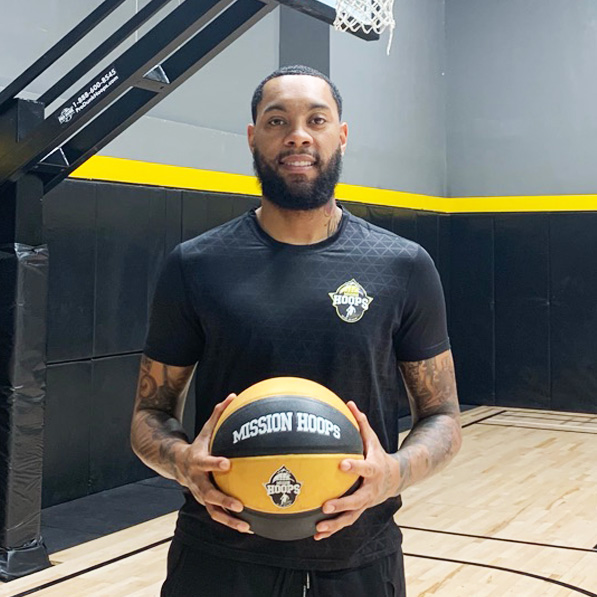 “I am thrilled to be a skills trainer here at Mission Hoops. Basketball has always been my passion, I am able to use my knowledge and experience to give back and be a positive mentor and coach to the youth.”

Jarred Jourdan is a Oakland, CA native whom after high school attended Las Positas College. During his time attending Las Positas, Jarred helped lead his team deep into the playoffs and was named first team all north coast conference and obtained an associates degree in social science. After his freshman campaign Jarred was voted as a Junior College all American and was invited to the Juco All American Showcase.

From there he received a full scholarship offer to attend NCAA division 1 Liberty University. After battling through injury from Liberty, he then attended NCAA division 2 CAL state Eastbay on a full scholarship and received a Bachelors Degree in Recreation Therapy! Jarred began training and coaching in 2015 when he finished college. He started working with the golden state warriors as a Camp Coach, all along while building his own brand with training players from kindergarten all the way to pro’s.